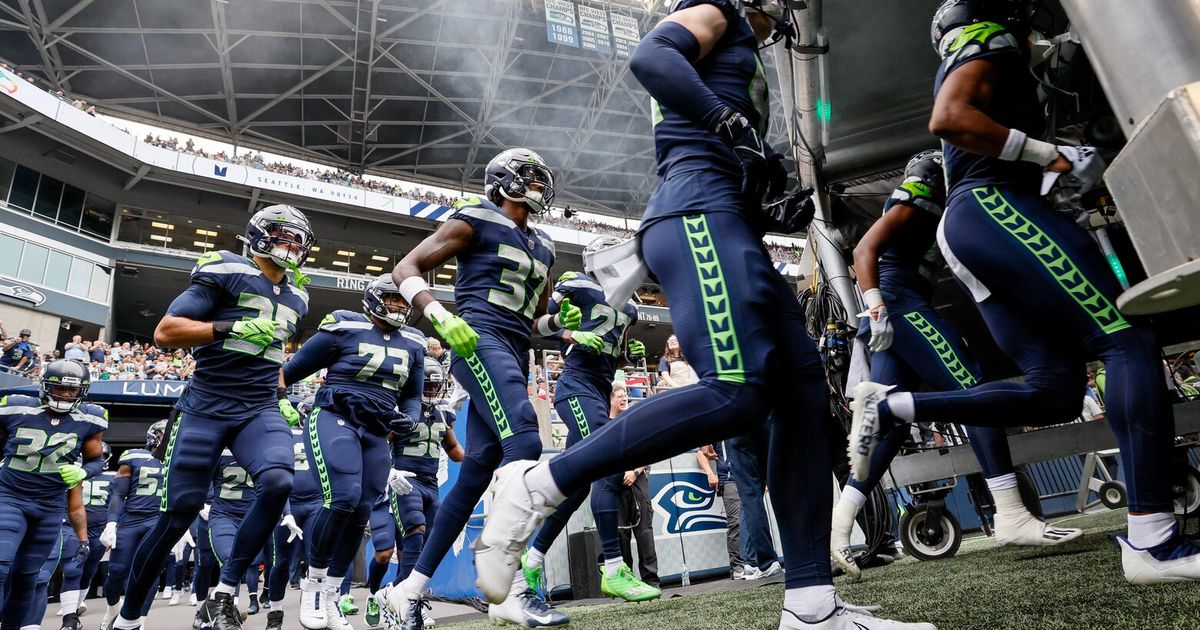 RENTON — On Nov. 7, 1976, the Atlanta Falcons became the first NFL team to come to Seattle to play the Seahawks and leave as losers.

The Seahawks, playing their ninth NFL game, had one win already. But that came at Tampa Bay in what came to be known as “The Expansion Bowl.’’

Three weeks later, the Seahawks got what felt like their first “real’’ NFL win with a 30-13 defanging of the Falcons at the Kingdome.

The Falcons return 46 years later with the Seahawks hoping for a similar breakout performance to get their 2022 season back on track.

Here are our weekly keys to the game, and prediction.

While the Seahawks’ run defense against the 49ers drew lots of understandable attention, it got a lot better once San Francisco QB Trey Lance was injured. The 49ers had 108 yards on 12 rushes while Lance was in the game operating an offense heavily predicated on his ability to run. The 49ers had just 81 yards on 33 attempts the rest of the way. The Seahawks faces a similar challenge in Marcus Mariota, whose dual-threat ability won him the Heisman Trophy at Oregon in 2014, and he remains a threat to run. Mariota has 88 yards on 18 attempts in two games, third most of any QB in the NFL behind Philadelphia’s Jalen Hurts and Baltimore’s Lamar Jackson. That has helped open things up for Cordarrelle Patterson to rush for 161 yards, eighth most in the NFL. It’ll be up to ILBs Cody Barton and Jordyn Brooks and safeties Josh Jones and Quandre Diggs to keep Mariota in check.

For all the talk about his usage last week, Metcalf had more of an impact than the raw numbers of four catches for 35 yards with a long of just 12 might have indicated. Metcalf had a 49-yard reception on a double pass negated because of an illegal-man-downfield penalty and drew a 26-yard pass-interference penalty. Still, the numbers are what they are — and some might argue that it’s not good that they had to resort to trickery to try to get him a big play — and that Metcalf has just 71 yards receiving in two games on 11 receptions is obviously not ideal. Metcalf has had 100 or more yards just one in his last 22 regular-season games after doing so six times in his first 27. The Seahawks need to figure out how to get him back on the century-side of the ledger quickly.

Will they really let Geno cook?

With the Seahawks are mired in a six-quarter scoreless streak, Carroll said this week they need to not “hold back’’ Smith, who through two games has been as accurate as possible — completing 81% of his throws — but is averaging just 6.76 yards per attempt, 17th in the NFL. Smith has thrown a lot. The Seahawks have thrown it 65.6% of plays, seventh in the NFL. What does not holding Smith back mean? The assumption is trying to get him in spots to take some more downfield shots. But that can be easier said than done — receivers have to get open, linemen have to hold blocks.

The Seahawks have been pleased with the progress of rookie tackles Charles Cross, on the left side, and Abraham Lucas on the right. But the play of the veterans at guard and center has been spottier. The good news is Damien Lewis appears healthy after being sidelined early against the 49ers, likely to return to the starting left guard spot. The bad news is center Austin Blythe is dealing with a shoulder injury that held him out Thursday and it’s unclear if he will play. Kyle Fuller would likely take his place if he can’t. And ominous news is that veteran right guard Gabe Jackson, coming off offseason knee surgery, has struggled so far, particularly in pass blocking. Simply put, the Seahawks need better play inside to get the offense going.

Player who could surprise

Johnson, claimed off waivers in August from Carolina, saw his first action last week with 18 snaps and was impressive, making two tackles, one for a loss. Johnson, officially listed as the backup to Darrell Taylor, figures to see significant playing time with the Seahawks hoping to create a deep rotation up front. Johnson might be hoping to show off for those who might be watching in his native Kingsland, Georgia, about 300 miles from Atlanta.

Two teams already in desperation mode should make for at least an entertaining game. The Falcons may be 0-2, but they have most of the statistical edges on the Seahawks. They took the Saints and Rams to the wire before making mistakes at the end that cost them chances to win. But the Seahawks can’t play worse than they did last Sunday, and being at home and on a normal week should be enough to get back on the winning side.


Bob Condotta:
206-515-5699 or [email protected]; on Twitter: @bcondotta. Bob Condotta covers the Seahawks for the Seattle Times. He provides daily coverage of the team throughout the year.