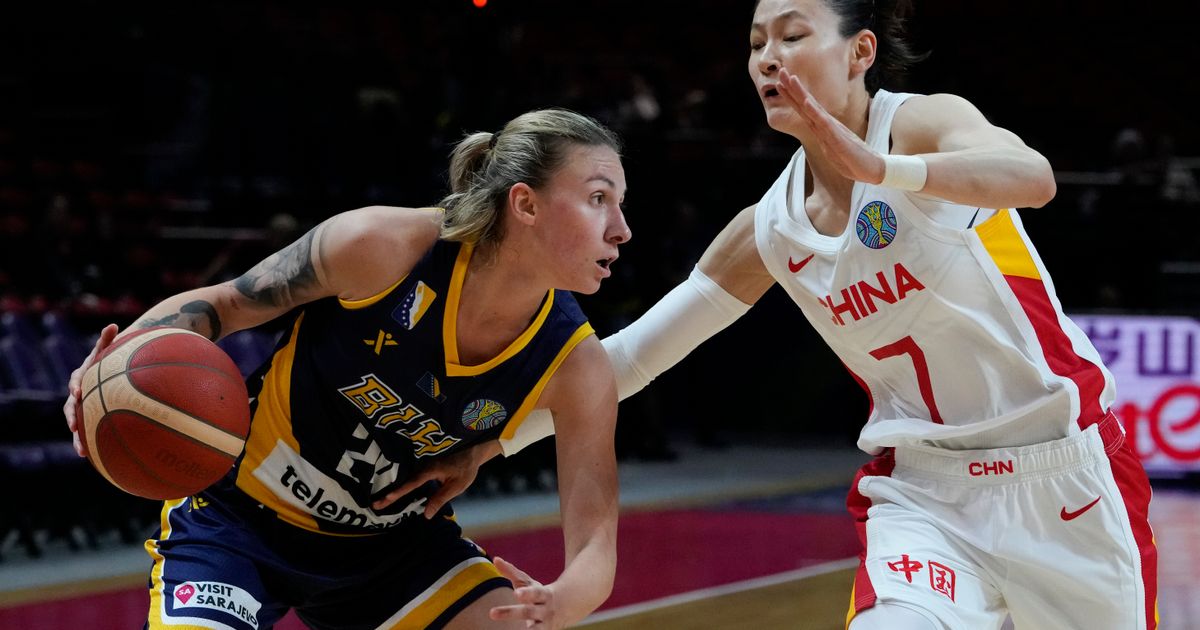 SYDNEY (AP) — Jovana Nogic scored 13 points to lead five players in double figures for Serbia in a 69-64 win over Japan on Friday in the women’s basketball World Cup.

Yvonne Anderson and Kristina Topuzovic each added 12 points for Serbia (1-1), which used a 24-9 first quarter to take an early lead on the Tokyo Olympic silver medalists.

Japan (1-1) battled back to get within 58-52 on Stephanie Mawuli free throw early in the fourth quarter before Nogic hit a jumper and Ivana Raca two free throws to restore a double-digit lead with 6:45 left. Japan cut its deficit to 67-62 with 33 seconds left, but Mawuli committed an offensive foul.

Han Xu scored 18 points and Li Meng added 17 to help China stay unbeaten with a rout of Bosnia and Herzegovina.

After a tight first quarter that saw China (2-0) only leading 26-21, the Asian nation took control using an 11-2 run to start the second. Han scored the final two points of the burst. By the time half rolled around, China was up 50-31.

The Chinese team outscored Bosnia and Herzegovina 48-20 in the second half.

Connecticut Sun star Jonquel Jones led Bosnia and Herzegovina with 17 points and nine rebounds. This is her first time playing in the World Cup with the team. Jones said afterwards she had a long trip from Connecticut after the WNBA Finals to get to Australia. She flew from Connecticut to Atlanta to Los Angeles to Fiji to Sydney.

“I’m tired, it was a lot of travel once the championship was over,” she said.

Alyssa Thomas added 11 points and six steals for the Americans (2-0), who forced Puerto Rico into 21 turnovers.

The U.S. jumped out to a 27-11 lead after one quarter as Thomas had 10 points and five steals in the opening 10 minutes. The Americans contested nearly every shot Puerto Rico took and forced nine turnovers. The U.S. kept the pressure on in the second, holding Puerto Rico without a point for nearly the first five minutes of the period and led 54-21 at the half.

Julie Allemand added 13 points and eight assists for the Belgian Cats (1-1), who lost to the U.S. in their opener.

Belgium led 9-8 early in the first quarter before closing the quarter with a 17-4 run. The Belgian Cats extended the advantage to 20 at the half and never looked back.

Audi to enter Formula One in 2026 as power unit manufacturer

NASCAR Cup race at Daytona rained out, moved to Sunday

Roger Federer to discuss his retirement on Wednesday