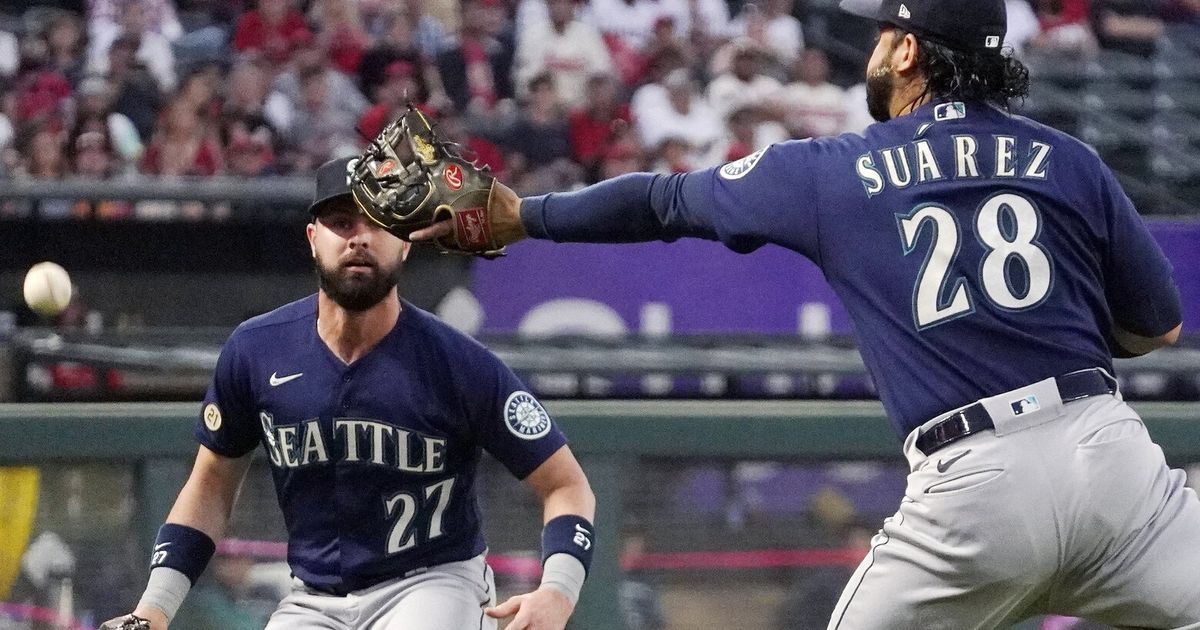 ANAHEIM, Calif. — There were no good vibes when Eugenio Suarez walked off the field between the top and bottom of the fifth inning. And the concern on manager Scott Servais’ face was evident.

The Mariners third baseman seemed to feel discomfort while trying to throw a baseball during infield warmups.

The injury occurred in the top of the fifth with Suarez at the plate. With two outs and Ty France on first, Suarez winced on a swing and miss on a first pitch slider. Later with he swung at a 2-1 slider, hitting a fly ball to right field. Upon making contact with the ball, Suarez grabbed his right wrist/hand and grimaced in obvious pain.

Suarez has been one of the hottest hitters in baseball. He’s hit six homers over his past six games and leads the Mariners with 31 homers for the season. Since Aug 1, a span of 39 games, Suarez has posted a .977 OPS, batting .250 with 25 runs, four doubles, a triple, 15 home runs, 32 RBI and 19 walks. The 15 homers are tied with New York’s Aaron Judge for most in that span.

This story will be updated


Ryan Divish:
206-464-2373 or [email protected]; on Twitter: @RyanDivish. Ryan Divish covers the Mariners in Seattle and on the road. Look for his ‘Extra Innings’ podcast and weekly Sunday mailbag during the season.