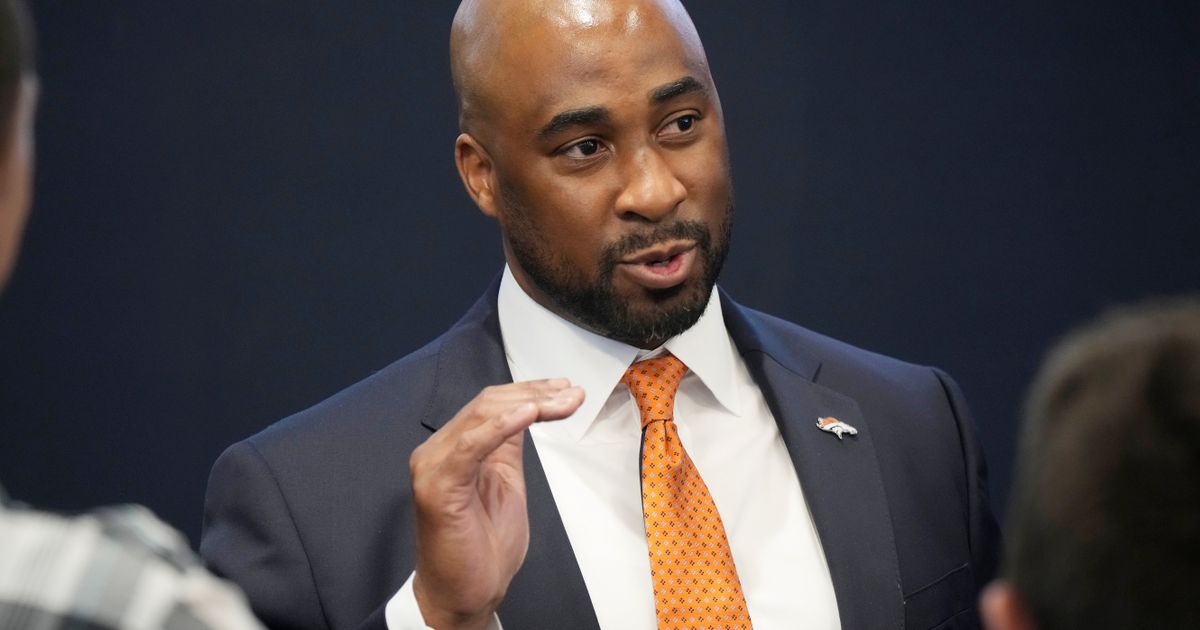 ENGLEWOOD, Colo. (AP) — Damani Leech spent the past four years as chief operating officer of NFL International, and he isn’t abandoning his goal of growing the game interculturally in his new role as president of the Denver Broncos.

Leech said Monday that he aims to expand the franchise’s footprint both in and beyond Mexico, which is the team’s international home market area.

“Yeah, it’s definitely something I’m gonna look at,” Leech said following his introductory news conference. “I mean, Mexico is just a special place. A lot of people don’t understand the level of football passion — not just fandom, but passion — in Mexico is really strong. The Broncos are one of the more popular teams there.

“But obviously Canada, as well. Sometimes people take it for granted and nobody really pays any attention to (Canada). But then also, I think in Brazil there’s a lot of opportunity.”

Leech, 46, who played cornerback at Princeton, spent eight years in leadership positions at NFL headquarters following a 17-year stint at the NCAA national offices in Indianapolis. He directed the launch of the NFL’s International HMA program in 2021 to drive global fan interest.

Co-owner and CEO Greg Penner called Leech “the perfect person to help lead this franchise into the future.”

“His 25 years of experience in both the NCAA and growing the game with the NFL give him a great base of experience to draw from,” Penner said. “As a former college player himself, he understands football and he appreciates the value of teamwork.”

Leech is in charge of business operations for the Broncos and their stadium while general manger George Paton runs the football side. Both report directly to Penner.

“My focus is outside the lines,” Leech said. “I won’t be picking players or calling plays. I’m focused on the fans and the community, growing our fan base … and doing what we can to make our players successful on the field and off the field.”

Penner said Leech’s experience at the league office is invaluable.

“Damani really rose to the top with his experience at the NFL, working with the 32 different organizations and growing the business on the international basis,” Penner said.

Leech is one of only a handful of Black team presidents in the league.

“We have said from the start that diversity is really important to us,” said Penner, whose ownership group includes three Black minority investors. “That’s diversity of experiences, perspective, background, ethnicity, all of that is what makes us better.”

Penner added, “Damani rose to the top because he’s the right person for this role. He has the right set of experiences, background, and his vision and values matched really well with ours.”

Leech said he’s “a firm believer that DEI (diversity, equity and inclusion) is a strategic advantage. I think the clubs and organizations that lean into it are going to be more successful.”

Among the things Leech will help Penner determine is whether to make changes to the team’s navy and orange uniforms and whether to upgrade or replace 22-year-old Empower Field at Mile High.

He said he’ll evaluate both issues thoroughly but “on Day 1 I don’t have any proclamations to make” on either matter. He did say that as far as the uniforms are concerned, “You have to try to balance history and tradition and three Super Bowls wearing this uniform, but also understanding that tastes evolve, your customer evolves, connecting with fans and representing your brand in the best way is important to do.”

Penner said he’s heard from plenty of fans about the team’s uniforms, but “I have not formed any conclusions yet.”

The Broncos have undergone a massive makeover this offseason. In addition to the team’s sale and its hiring of a new president, second-year GM Paton hired rookie head coach Nathaniel Hackett and traded for premier passer Russell Wilson.

Leech said that’s part of what made his new job so attractive.

“When you want to grow and innovate, having people who are coming to it with fresh eyes and/or different experiences across business and life was really attractive,” he said.